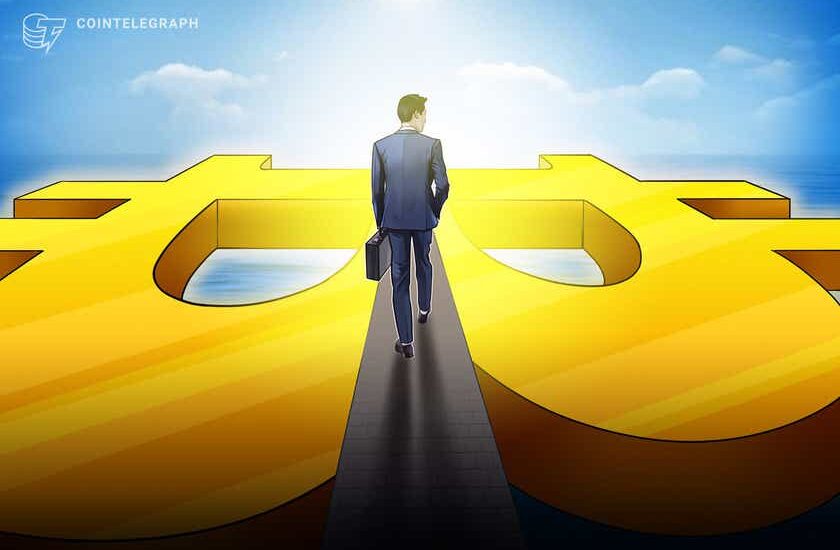 Bitcoin price action beats last week’s local high to edge ever closer into final resistance before all-time highs of $64,500.
Bitcoin (BTC) is on top form — almost literally — as it heads into a new week less than 15% from all-time highs.A classic cocktail of factors has laid the foundation for a Q4 finale which analysts are now confidently comparing to the bull runs of 2013 and 2017.Decoupling from macro market movements and the U.S. dollar, Bitcoin is once again looking like the gold alternative that investors want — all while altcoins slip away.With “Uptober” still only in its second full week, Cointelegraph takes a look at what might lie in store for BTC price action over the coming days.Altcoins lag ahead of “Bitcoin season”Things are looking rosy as the week begins for Bitcoin traders — last week’s four-month highs are back and beaten.With the exception of a curious anomaly on exchange Bitstamp, which saw a momentary wick down to $51,000, a quiet weekend preserved previous gains.Now seemingly lining up an attack on final resistance below all-time highs of $64,500, BTC price action is delighting market participants.Still standing behind this scenario on #Bitcoin. pic.twitter.com/Xw2GMZEKS2— Michaël van de Poppe (@CryptoMichNL) October 11, 2021

There’s a further aspect behind Bitcoin’s strength, however — one which could preserve further upside in the short term. Altcoins are underperforming, leading to predictions of a “Bitcoin season” before some form of “altseason” reemerges later on. As Cointelegraph reported, this might not be until 2022.$BTC dom vs #ALTSEASON Alts bleeding out again as we speak, most down around 10-20% vs the BTC pair since this postEach 1% = roughly a 10% drop vs BTC ratiosVolatile week ahead w/etf not conductive to high alt exposureRemember long alts is equivalent to short btc short vol https://t.co/hWQulj6Qo7 pic.twitter.com/nv11k4IUHZ— Pentoshi Won’t Dm You. hates Dm’s. DM’s are scams (@Pentosh1) October 10, 2021

The situation is particularly visible in Ether (ETH), the largest altcoin by market cap, now at its lowest against BTC since the start of August.“ETH/BTC breaking down, while Bitcoin consolidating,” Cointelegraph contributor Michaël van de Poppe summarized late Sunday. “I’m assuming Bitcoin continues, while altcoins are not getting the game yet.”ETH/BTC 1-day candle chart (Bitstamp). Source: TradingViewVan de Poppe nonetheless added a contentious cycle price peak for ETH/USD of up to $20,000, with a timeframe of Q1 next year.“You are here”It takes a lot to please Bitcoiners when it comes to BTC price action.As any longtime inhabitant of crypto Twitter will know, even the most unexpected moves in BTC/USD can only satisfy sentiment for so long before investors demand more.Last week was no exception — Bitcoin gained $3,000 in minutes, $5,000 in an hour and hit four-month highs, but days later, commentators complained of being “bored.”The weight of expectations for Bitcoin in 2021, the year after the third halving and therefore the deadline for a halving cycle price top, is palpable.How far the BTC price could rise is a matter of intense debate, and while some argue that $200,000 or even $300,000 is “programmed,” others are already losing faith, claiming that this cycle cannot be like the last two.Comparing post-halving years, however, appears to deliver an almost unanimous verdict on Bitcoin’s chances — the main rise to a blow-off top has yet to begin.September’s dip below $40,000, for example, echoes similar events in 2013 and 2017. These came immediately before lift-off, acting as the “ultimate” bear trap.You are here. #Bitcoin pic.twitter.com/syDyfsmlV1— TechDev (@TechDev_52) October 9, 2021

Overlaying 2021 price performance onto that from 2017 likewise produces uncanny similarities.All these findings, from popular trading account TechDev, point to this year’s peak being an order of magnitude above the last. Technical or not, the analyst argues, a six-figure high is all but logically guaranteed.The similarities, meanwhile, are nothing new, with various sources charting the extent of price conformity to previous post-halving years throughout 2021. One day, $31 billion settledA lot of attention has focused on Bitcoin’s network fundamentals throughout the 2020-2021 bull run, but there’s more.With hash rate and difficulty all but recovered and nearing all-time highs, fresh data shows that other aspects of Bitcoin are setting records of their own.This week, it’s about network capacity and scaling — all on-chain, before the Lightning Network is even factored in.As noted by analyst Kevin Rooke, a single day last week saw Bitcoin handle over $30 billion of value.”$31 billion. That’s how much value was settled on the Bitcoin blockchain in a single day this week,” he commented. “It’s a new all-time high for Bitcoin, and a 40x jump in settlement value since 2020 began.”Bitcoin daily transaction volume chart. Source: Kevin Rooke/ TwitterThe impressive transformation has been accompanied by consistency in cost — Bitcoin transaction fees remain low.Questions over GBTCThe countdown to a decision on a Bitcoin exchange-traded fund (ETF) continues to excite this week — but is an approval already “priced in?”While U.S. regulator the Securities and Exchange Commission (SEC) has pushed back the deadline on deciding the fate of spot-based Bitcoin ETFs to November, this month will see a “yes” or “no” on futures-backed ETF products.The latter have attracted praise and criticism in equal measure, while a question mark also hangs over the fate of existing institutional Bitcoin instruments, notably market heavyweight, the Grayscale Bitcoin Trust (GBTC).Against a rapidly rising Bitcoin price, GBTC continues to trade at a significant discount to spot, and that trend has only deepened in recent weeks. GBTC Premium chart. Source: BybtShould ETFs get the go-ahead, analysts argue that ever more capital will flow into them, long ahead of Grayscale itself converting its funds to ETFs.For macro analyst Lyn Alden, the chances of the so-called “Grayscale premium” returning to even neutral territory seem slim.“I doubt it, but it’s not impossible for it to happen if there is a huge bitcoin rally and no ETF available at the time,” she responded when asked in a social media discussion at the weekend.Bitcoin’s performance exceeded the base case that I wrote about it in 2020, partly due to the GBTC neutral arbitrage trade which pulled forward temporary extra demand.Now it’s back on a more sustainable path imo, driven by HODLer accumulation. Looks good, let’s see. https://t.co/RlPWBZYtNE pic.twitter.com/B99jQ1eIAt— Lyn Alden (@LynAldenContact) October 9, 2021

Alden was updating research from last year in which she had highlighted the role of GBTC in Bitcoin price action. The relative absence of the phenomenon now, she says, is conversely positive for the sustainability of BTC price performance.Sustainable greed?For those concerned that the return to four-month highs has been accompanied by market instability, think again.Related: Top 5 cryptocurrencies to watch this week: BTC, DOT, UNI, LINK, XMRAccording to sentiment gauge the Crypto Fear & Greed Index, the latest BTC price uptick is firmly rooted in sustainable growth.This contrasts with the norm — moves to highs, and especially near all-time highs, tends to see the Index reach “extreme greed.” This in turn suggests an unsustainable market which is easy to destabilize, sparking a price correction.So far, while near $57,000, Fear & Greed measures only 71/100 — “greed” rather than “extreme greed” and still far from the classic top area of 95/100 and higher.Crypto Fear & Greed Index as of Oct. 11. Source: Alternative.meOctober has nonetheless produced major changes in sentiment. On Sept. 30, for example, just two weeks ago, the Index measured 20/100 — “extreme fear.”